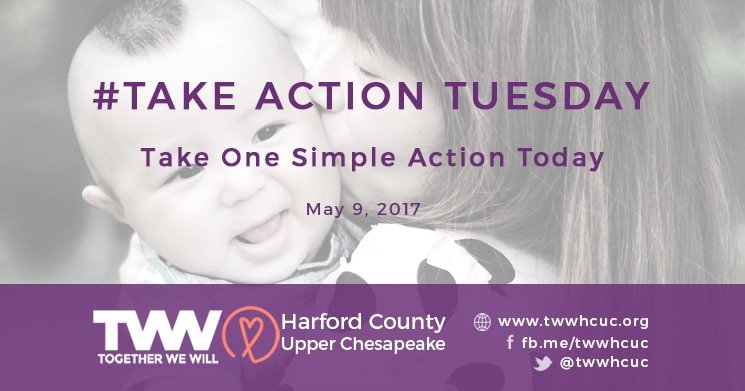 HELP RAPE VICTIMS NOT BE VICTIMIZED A SECOND TIME!Maryland is one of six states where rapists have parental rights over children born as a result of their crime. If a rape victim has the baby and wants to put it up for adoption she must get her attacker’s permission. If she keeps the baby, she has to negotiate with him for custody and visitation.

The main sticking point has been whether parental rights should be taken away from those convicted of rape as well as those accused of rape.

House Bill (HB-428) targeted convicted rapists and perpetrators of incest. It excluded married couples. For accusation, a victim would need to provide clear and convincing evidence of rape to a judge in a civil trial. The alleged rapist would get legal counsel and nothing could be used against him in a criminal trial. (This is the accepted standard in most other states.)

Senate Bill (SB-574) got watered down considerably. It removed provisions for victims of incest, would’ve allowed victims and children to be publicly identified, and shortened the statute of limitations from seven years to three.

Despite differences, advocates managed to build consensus. But the bill was killed by a handful of MEN who made sure it wasn’t considered until the last second of the session. Members of the conference committee—ALL MALE—were not named until the very last day.

–Delegate Joseph Vallario, Chairman of the House Judiciary Committee, slow walked the bill and appointed all men to the conference committee.

–Senator Bobby Zirkin, Chairman of the Senate Judicial Proceedings Committee, did not appoint a conference committee until the last second and also appointed all men.

WHAT CAN YOU DO?

-Contact the chairmen of the committees with jurisdiction, Joseph Vallario and Bobby Zirkin, to let them know you won’t tolerate further delays.

-Tweet Democrats and Republicans in the House and Senate letting them know you favor a special session and want this bill passed.

Thank you! We can’t wait to see how #TogetherWeWill stand up today!

The intention of #TakeActionTuesday is to provide one, simple, action you can take RIGHT NOW to preserve, strengthen, and grow the policies we believe in. Sometimes we will give more than one action, if it’s to do with the same issue.  Be sure to post your action in the comments below as well as on social media, tagging #TakeActionTuesday, #TWWhcuc and @TWWhcuc. This holds you accountable and gives motivation to those who might be in need of some. To see past #TakeActionTuesday actions, click on our tag #TakeActionTuesday in the right sidebar of this website.

What We Write About